Winemakers in South-West France since 1878

Two dates stand out in Château Coutinel’s history since the Arbeau family acquired it. First, in 1980, when the winery was built in the centre of the estate, then, in 2000, the family decided to invest in a filtration plant to process wine effluent and protect the environment.

Château Coutinel is located in the AOP Fronton production zone.

The vineyard is set on slightly sloping ground. Some plots of land have a sandy-silty or gravelly soil, but this land is principally made of boulbène. The boulbène is a sort of siliceous and sandy-clayey soil, typical of AOP Fronton and, in a larger part, of Southwestern France.

The planting is varied. Négrette accounts for 50%, which corresponds with the decree for AOP Fronton.
The other grape varieties are: Cabernet Sauvignon, Cabernet Franc, Gamay, Syrah, Fer Servadou, Côt, Mérille and Merlot. The vines on average are 25 years old.

The yields are more or less of 50-55 hl/ha, depending on the year. Yields never exceed the maximum limit of 55 hl/ha allowed by the AOP Fronton.

Since 1998, Château Coutinel has also been enrolled in a sustainable farming program for all the treatments. That is why, the use of chemical weed-killers has been restricted for several years, in favour of the manual work of the soil with appropriate tools (ex: the grass cover crop between the rows for a better control of the self-propagating weeds). Also, for the varied diseases that can affect the vine, treatments are carefully considered but not systematic. When they are applied, it is always in the accordance with environmentally concered standards.
Grass cover is also part of the measures adopted within the framework of sustainable farming. It is considered as a management method of the soils. Thanks to this grass cover, that has been entirely sown, the spontaneous flora is controlled;radically reducing treatments against the weeds. Moreover, it is useful for fighting erosion, for the improvement of the soil’s quality and, concerning the vine, for the control of the yields by limiting the sturdiness of the stocks.

Sustainable farming is used for two reasons : it limits interventions on vine upkeep (ex: less trimming) and reduces the use of pesticides to an absolute minimum..

Château Coutinel has a modern winery with an enamelled steel vat room containing 2000 hl and has a control of temperature integrated by flags and refrigeration group. There is also a vat room of 3000 hl, to preserve the harvest during the first year, so that the stability of the wine is ensured. 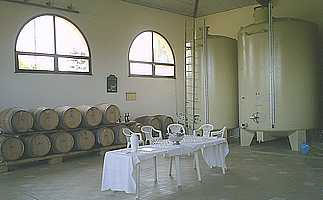 Since the 2000 vintage, a special selection of old vines are grown, harvested and vinified separately to make a limited production (15,000 bottles) AOP Fronton that is rightly named ElixiR.

In 2009, Geraud Arbeau created "Quintessence". This small batch of 3000 bottles is a semi-dry white made from Merlot.
Quintessence has an originality that is as pleasant in the art of its production as it is in taste.

In 2010, Chateau Coutinel completed its range with a 100% Negrette as both a rosé and red.
"... The idea of ​​this wine is to get back to the variety’s roots, without oak or filtering, searching for its identity, terroir and fruit. A wine that is not ashamed of its rural Occitan roots "